Coming to Pakistan and travelling to north for travel & tourism purpose, don’t miss to visit Islamabad. In this article, we are going to mention some of the best places to visit in Islamabad.

Islamabad, the capital of Pakistan, was designed by Constantinos A. Doxiadis, a Greek architect. The same person has also designed Riyadh, the capital of Saudi Arabia. Islamabad has several famous places to visit for international tourists as well as for local ones. So, lets explore one by one.

Top Places to Visit in Islamabad

It is one of the most famous and best places to visit in Pakistan and it is also featured on the biggest currency note of the country: the 5000 rupees note.

The mosque is named after King Faisal bin Abdul Aziz who helped in the construction of the mosque financially. It is extremely beautiful and depicts the shape of a Bedouin tent. The mosque has the third largest capacity of worshippers.

The monument is constructed at such a place that it is visible from the Islamabad-Rawalpindi metropolitan area. The monument symbolizes the unity of the people of Pakistan. It is extremely beautiful and is made in the shape of a blooming flower.

The museum is also known as the heritage museum. It was built in 1974 and is famous since for its great collection and its huge size. The museum contains Pakistan National Museum of Ethnology, Sufis and Shrines Hall, Pakistan Monument Museum, Lok Virsa Library, Virsa Research & Publication Centre and Virsa Media Centre. All in all, it is top things to do in Islamabad.

An amazing place to be for animal lovers who can enjoy the company of their favorite animals in the lovely weather of Islamabad. The zoo has several rare and common animals including the Steppe eagle, Mallard, Swinhoe’s Pheasant, Indian Peafowl, Great white Pelican, Blackbuck, Barking dear, Indian wolf, Rhesus Monkey, Red eared slider, Black pound turtle and so on. 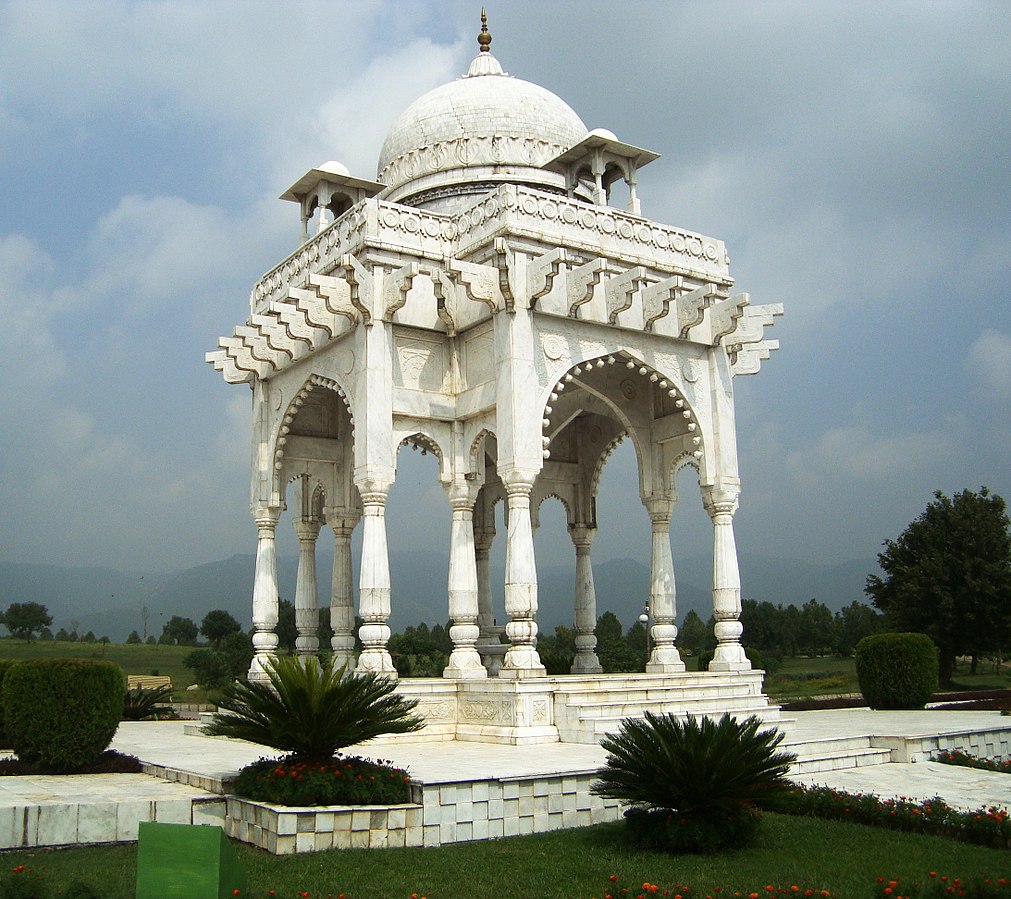 It is a public recreational park named after Fatima Jinnah, the younger sister of Muhammad Ali Jinnah. The park is very famous amongst families and covers huge area of greenery and several sculptures that augment the beauty of the park. It is one of the great Islamabad attractions you should see.

The mosque was the largest mosque of the city as well as the country before the Faisal Mosque was built and has an important place in the history of Pakistan due to its controversy during the regime of General Parvez Musharraf. The mosque was rebuilt after the incident and is a work of art and worth watching.

It is an early 16th century fort originally built to protect the Pothohar plateau from the forces of the Pashtun king Sher Shah Suri. The fort is a masterpiece of ancient architectures and is a lovely sight to watch.

Hazrat Bari Imam Sarkar was a 17th century Sufi ascetic. He is also called Imam ul Fuqra which literally translates to the leader of all the sufis of the world. Several people visit the shrine all round the year to visit the shrine.

Located in the blue area of Islamabad, this building is owned by Saudi Pak, an investment company. The building has several retail shops, offices and so on. The twenty-story building is made in the style of traditional Islamic architecture.

It is a family recreational park which used be very famous amongst the kids who grew up in the 90’s. Then, the condition of the park deteriorated, and the number of visitors began to fall, however, recent maintenance work has led to an increase in the number of visitors again. The park is once again one of the most popular sites to visit for the tourists.

Daman-e-Koh is a viewing point and a hilltop garden in the middle of Margalla hills. Its name literally translates to ‘foothills’. The site is located at an elevated point from where the view is picturesque.

One of the newest zoos in Pakistan, the Bahria Enclave Zoo is a small yet impressively set zoo. The visitors are provided with information about the animals they see while they are at the zoo.

Simly dam is the largest reservoir of drinking water to the people of Islamabad. There are several recreational activities too in the dam and they include fishing and boating. However, this must be kept in mind that you will need a license to do fishing legally is the dam.

The list of Islamabad attractions and best places to visit in Islamabad is not ending. There are several other places and things to do in Islamabad which you should know. For instance:

PS: More best places to visit in Islamabad will be added soon.