22 Best Places to Visit in Lahore

Explore best places to visit in Lahore with Tripfore.

Lahore is the capital city of the Punjab province of Pakistan and has a very rich historical, cultural and ethnic background. Traveling to Lahore is a popular option amongst foreigners as well as Pakistani residents too. Lahore can be divided into two major parts of the city: the old city Lahore and the new city. The old city has several buildings, shops and streets that are several years old, and the culture of earlier days’ Lahore can be seen in those buildings and streets. On the other hand, the newer Lahore is very developed with modern buildings, roads and infrastructure facilities.

Best places to visit in Lahore 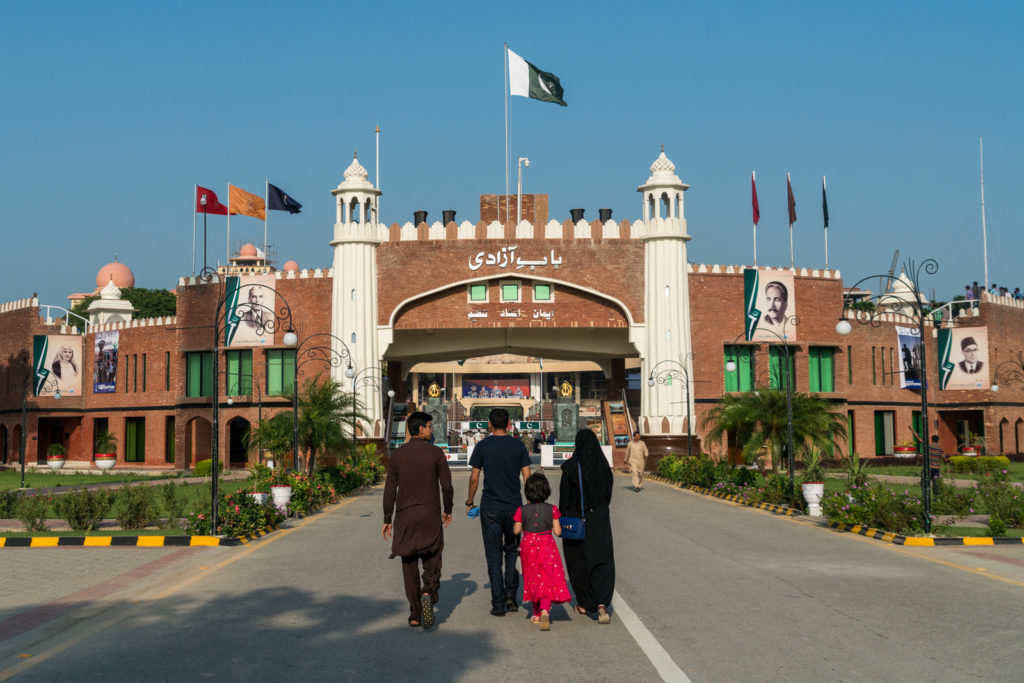 Constructed by the Mughal emperor Shah Jahan in 1632, this unique building has been made using several different kinds of mirrors. The palace is extremely beautiful and a sight worth watching. People interested in art, architecture, history and culture all are quite interested in witnessing the beauty of this building.

The garden complex was built in the Mughal era while the reign of Emperor Shah Jahan. It is located on The GT road. It was constructed while the Mughal era was at its artistic peak and several different kinds of buildings were being built. 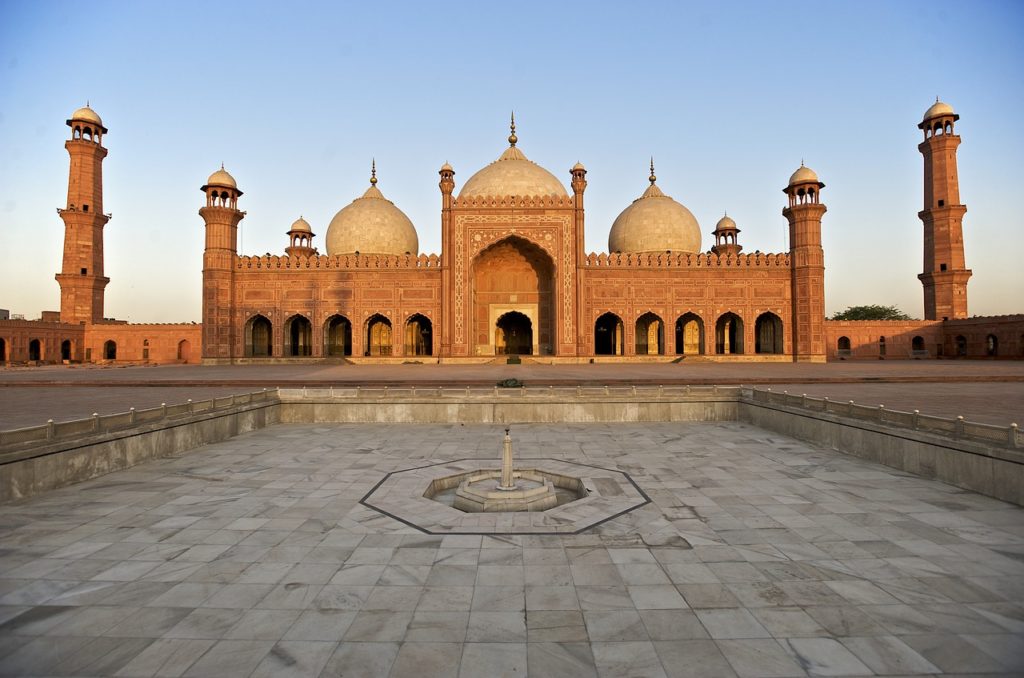 Another architectural masterpiece that was built in the Mughal era. It was built by Emperor Aurangzeb in 1671. The architecture of the mosque portrays Mughal era architecture at its best with sandstone carvings, marble inlay and other prominent features. It is Pakistan’s second largest mosque.

Built in 1968, this minaret stands on the very point where the Pakistan resolution was delivered by A.K. Fazlul Haq in 1940. This monument shows the beginning of the journey of Pakistan when the first idea of a separate Muslim nation was delivered publicly.

The mausoleum was built in the 17th century for the Mughal emperor Jahangir. It is located along the banks of Ravi river and the tombs of Asif Khan, Akbari Sarai and Nur Jahan are located very near to the tomb of Jahangir. The entire complex with all tombs is currently on the tentative list of the UNESCO World Heritage sites.

Lahore museum was built in 1865 during the British Raj era and remains the one of the biggest and most visited museum in Pakistan. The museum displays several Greco-Buddhist sculptures, Mughal and Pahari paintings.

Amongst many famous architectural pieces built by Emperor Shah Jahan, Wazir Khan Mosque is one. It was built in the 17th century and is known for the use of Kashi-Kari in its making, the delicate but detailed tile work. The mosque is considered to be the most decorated mosque built by the Mughals. 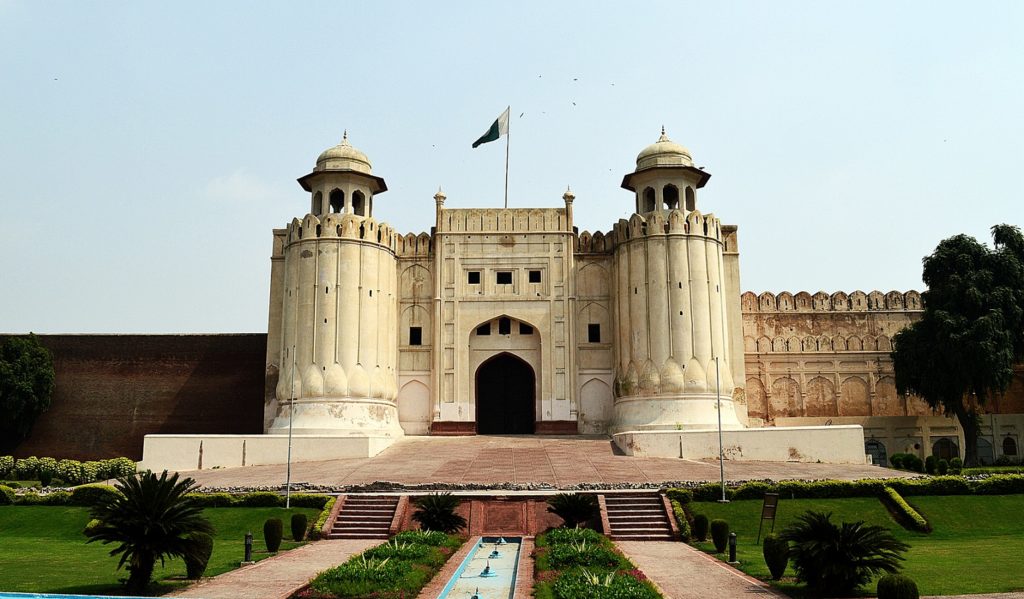 In front of Badshahi Mosque, Tom of Illama Iqbal and Minar-e-Pakistan, there is a historical and worth watch visiting place named as Lahore Fort or Shahi Qila. This fort is spread over 20 hectares. If you visit Lahore Fort, don’t forget to see all 21 monuments which link backed to old era of Emperor Akbbar. So, it is one of the top and best places to visit in Lahore so, don’t miss to go to this places. It should be in your top things to do in Lahore.

It is a drive-through park where you can see several kinds of animals, boat in a lake and have a picnic with your family and friends. There are several animals there including the Indian peafowl, emu, nilgai, ostrich and silver pheasant. The place also has a huge aviary for the visitors to see hundreds of different kinds of birds.

Want to enjoy Paris while being in Lahore? The place you need to be to do so is the Eiffel tower replica in the Bahria Town of Lahore. It is one of the Lahore famous places which locals as well as international tourists love to visit and witness the excellence of the builders who made it possible to replicate such a masterpiece.

Data Darbar is the shrine of the famous Sufi Muslim mystic, Abul Hassan Ali Hujwiri also known as Data Ganj Baksh. This shrine is the biggest in South Asia and is one of the most visited tourist places in Lahore with around one million visitors on the urs festival alone.

It is a Mughal era monument built in 1646 during the era of Emperor Shah Jahan. The name Chauburji translates to ‘four towers’ that describe the architecture of the monument as it has four towers at its four corners. The monument acted as a gateway to the extensive Mughal Gardens.

It was a gate built in the Mughal era and acted as an entrance gate to Lahore. The gate was named after the city Delhi because it faced in direction of Delhi. The doors of the gate were shut every evening during the Mughal era.

The Persian style bath was built in 1635 during the rule of Emperor Shah Jahan. The ‘Royal baths’ were built as ‘waqf’ (endowment) to the Wazir Khan Mosque that is also located nearby.

The mosque, located in Bahria town Lahore, was inaugurated in 2014 and is the third largest mosque of Pakistan while the seventh largest one in the world with a capacity of 70,000 worshippers. It is a perfect example of modern day Lahore beautiful places.

The museum portrays the arms, uniforms, aircrafts, paintings, sculptures and other things that represent the hard work of the nation’s army in keeping the nation safe. It is an excellent place to learn about the country’s military.

The tomb of the famous Muslim poet and the ‘thinker of Pakistan’ is located in the Hazuri Bagh of Lahore. Thousands of visitors come to the tomb round the year.

The Naulakha pavilion was built in 1633 by the Emperor Shah Jahan as his small summer house. It is made up of white marble and has a curvilinear roof. The pavilion had precious and rare stones and diamonds on it. The site was also a UNESCO world heritage site in 1981.

Moti masjid translates from Urdu to ‘Pearl Mosque’. It was built in the 17th century by the Mughal Emperor Jahangir. The mosque is built using a precious white marble that was brought from Makrana. The mosque features arches, baluster columns, contours, three domes and a central pishtaq.

The Taxali gate, one of the many gates in Lahore, was built in the 16th century during the era of Mughal Emperor Akbar. A famous food street is located near the gate and the most famous of the food available there is the Sri Paye of Fazal Din, also known as ‘Phajjey ke paye’.

It is a famous family park in Lahore located on the Jail road. It is famous mainly for its floral exhibition and the waterfalls built there. The park also hosts famous horse races every year. There is also a restaurant in the park where you can have delicious food at reasonable prices.

It is most important place and things to do in Lahore. Wagah Border is famous for “Beating the Retreat”. It is also renowned tour attraction and destination in Lahore. Here, you can attend Rangers parade and Flag lowering ceremony. Hundreds even thousands of people daily visit this place to support Pakistan Army & Rangers during Flag Ceremony. The motivation, passion, sentiments and love of people for their country are worth watching and appreciable.

PS: More tourist attractions, things to do, destinations and best places to visit in Lahore will be added soon.