Planning to explore Pakistan? Great. Here are some of the top things to do, attractions and best places to visit in Gilgit Baltistan.

Hunza Valley is located in the extreme North of Pakistan and is one of the most beautiful places in the country. The place is divided into three parts: Upper Hunza, Lower Hunza and Central Hunza. Hunza, apart from being so beautiful, also has an important historical background which attracts the tourists from all over the world. 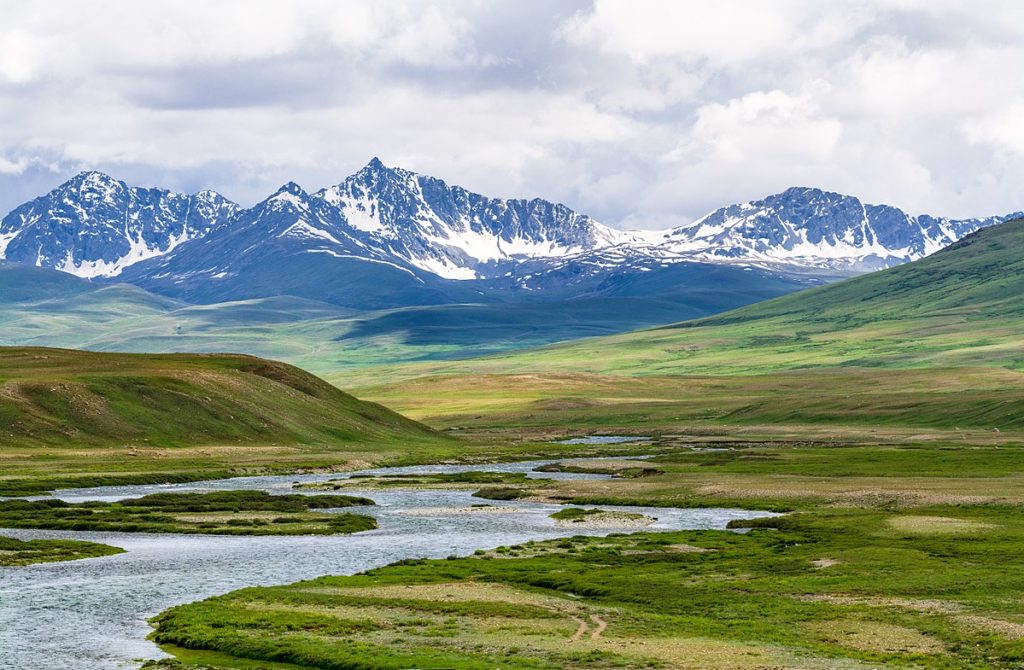 The park is located in Skardu, Gilgit Baltistan region of Pakistan. It consists of high altitude alpine plains that are 4,114 meters above sea level; approximately. The place is extremely beautiful and has a very cold weather. Therefore, it is only accessible in summer due to the severity of cold there.

Altit Fort was built in the 11th century and was home to the rulers of Hunza who were known as Mir. The fort was restored recently to act as a tourist attraction as it signifies the architecture of ancient times.

Top attractions in Gilgit Baltistan. Attabad lake, also known as Gojal lake, was created as a result of landslides in Hunza in 2010. The lake has since been an extremely beautiful site for the international tourists as well as local ones. The formation of this lake also disturbed the local communities and the road network, but the problems have now been solved accurately. 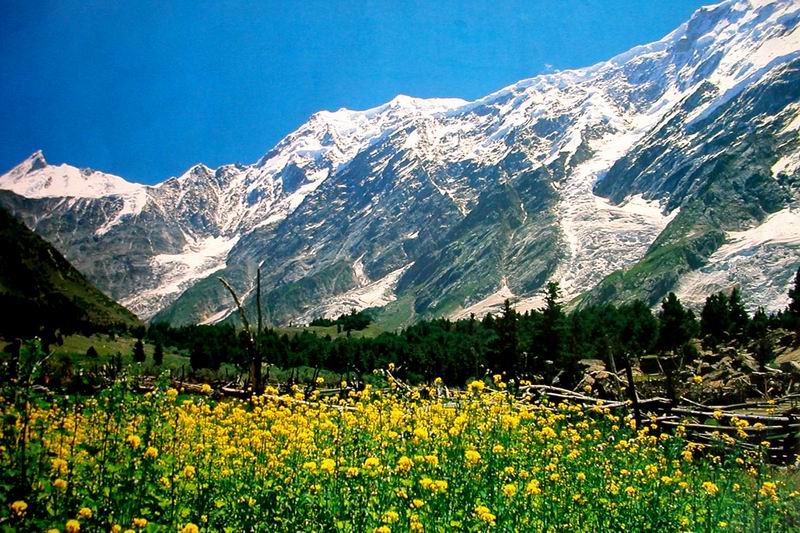 Naltar is popular amongst tourists for its mind-blowing mountainous scenery. The site is very difficult to reach due to unfavorable traveling conditions, however, when you have reached it, you know it was worth the trouble. The site is also very famous for skiing. 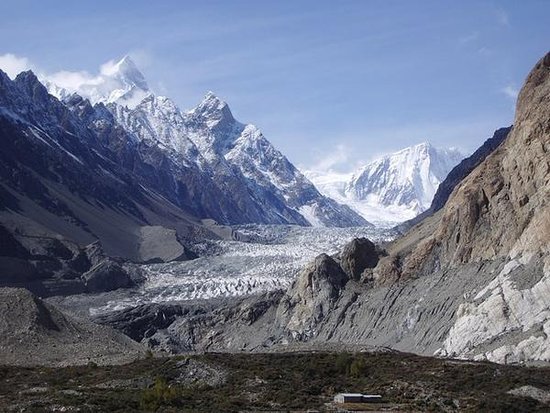 Passu glacier is located to the south of the Passu village and near several other glaciers in the region including the Batura glacier. The glacier is extremely hard to reach obviously due to the extreme cold climate, but the people who like winters can enjoy a lot there. 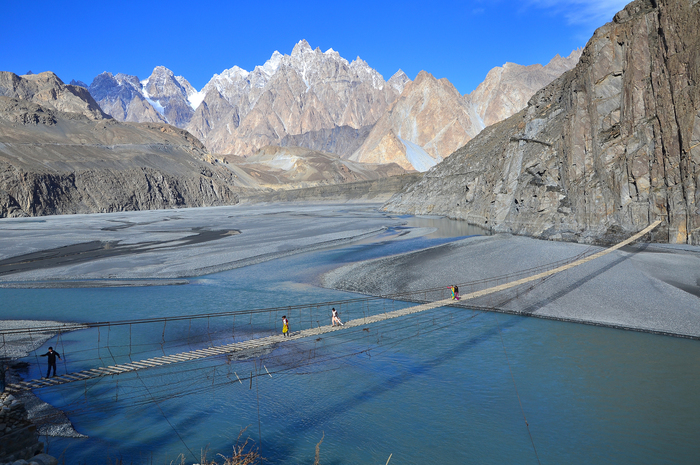 The bridge is considered to be the most dangerous bridge of the world. It is a rope and wooden bridge located in the upper Hunza. The locals living there cross the bridge quite easily and do it on a daily basis, but the tourists find it extremely difficult to walk on the bridge. However, the walk may be dangerous, but it is extremely beautiful with greenery and mountainous scenery all around the bridge.

The lake is located near the Domel village and is mesmerizingly beautiful. The lake changes colors from turquoise to green and several different shades during the day time, hence the name. 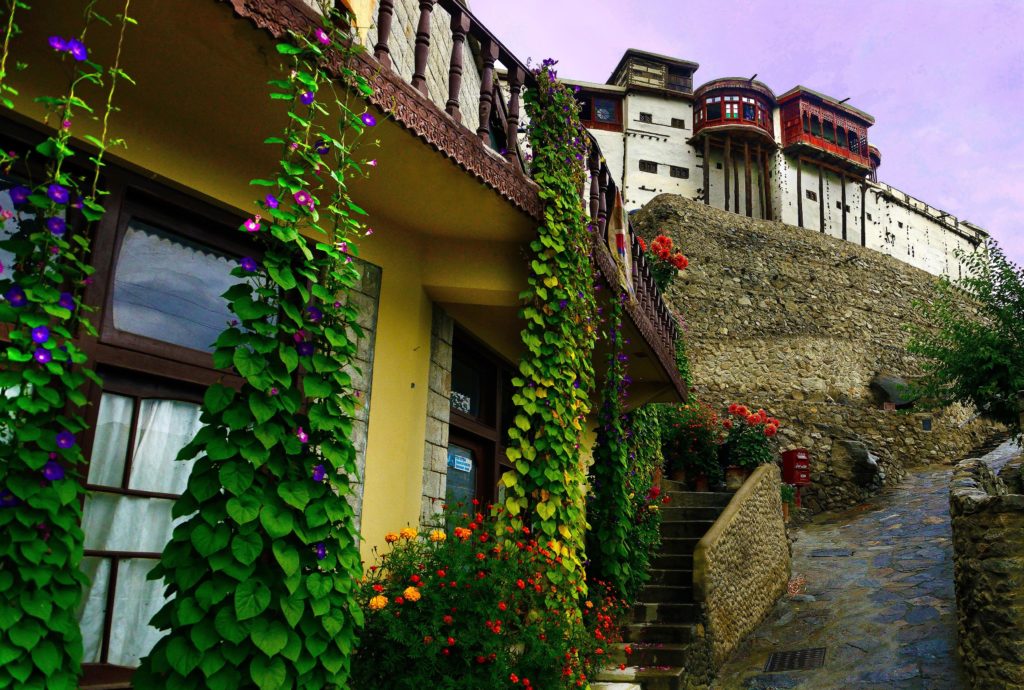 After leaving the Altit fort, the rulers of Hunza started residing in the Baltit fort. The fort was built more than 700 years ago and is an important historical site today that attracts several visitors all round the year. It is one of the great attractions in Gilgit Baltistan. 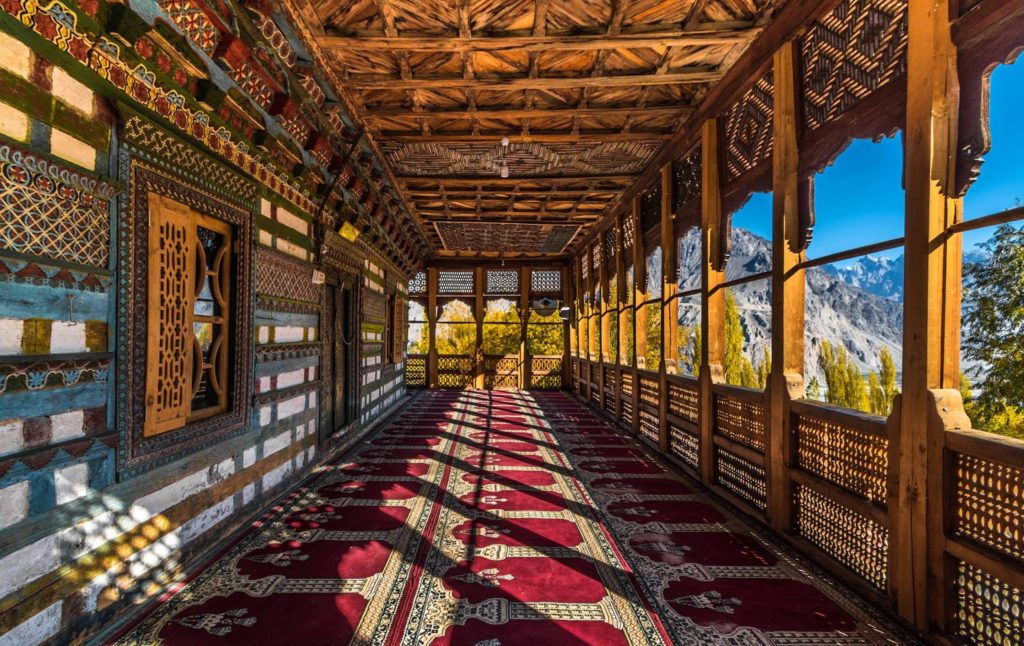 Located in the city of Khaplu, the mosque dates back to 1370. The mosque’s architecture looks a lot influenced by the Kashmiri architecture. The mosque is listed amongst the Pakistan Heritage Sites and is currently in use after a lot of restoration work. It is top things to do and best places to visit in Gilgit Baltistan, Pakistan. 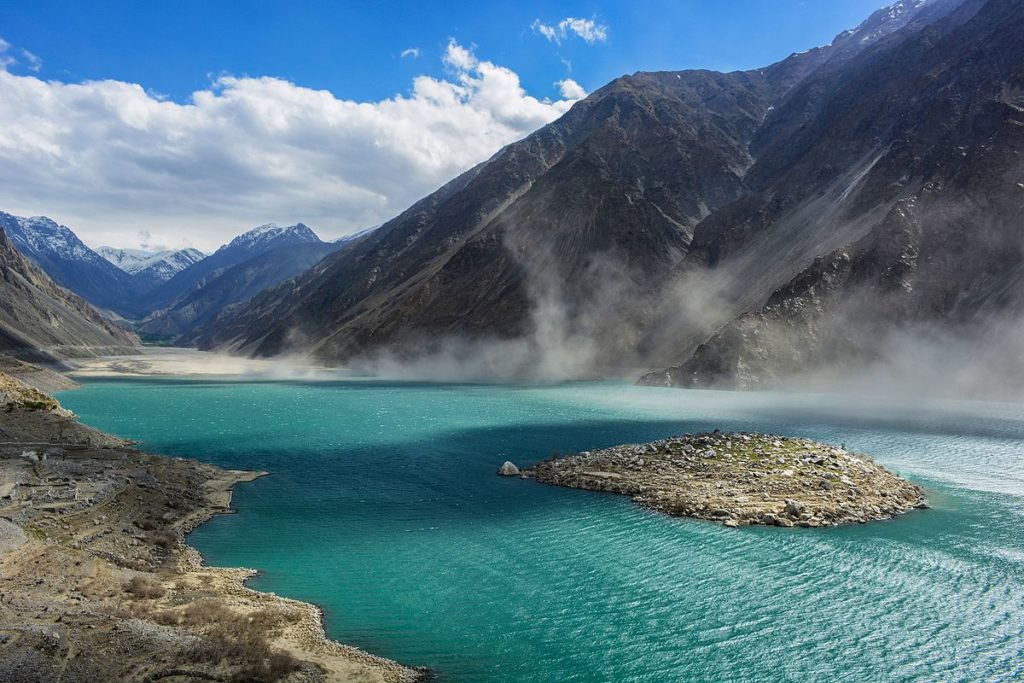 Located in the Skardu valley, the Satpara lake supplies water to the region after being fed by the Satpara stream. Along with the Satpara dam, the site is a picturesque one as it soothes the eyes with its beautiful looks. 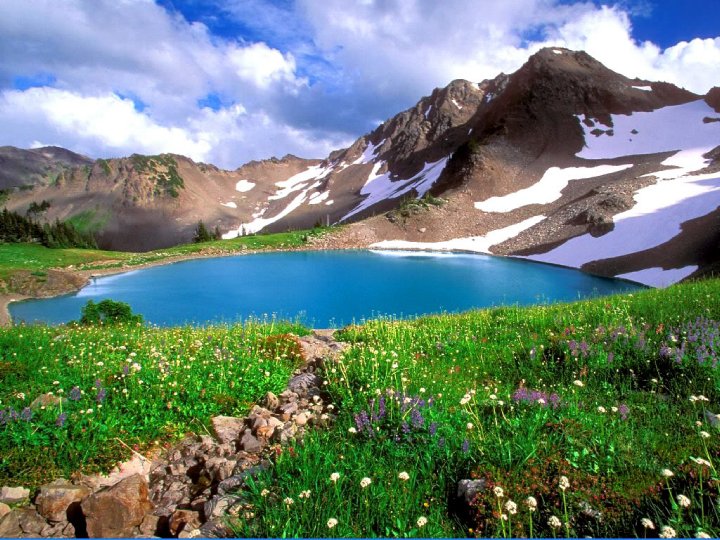 The Hushe valley famous for its highest mountains and the sub valleys that include Gondogor, Charkusa, Nagma, Nanbroq and Mashabrum. The highest peaks in the valley include Laila peak, K6 and K7. 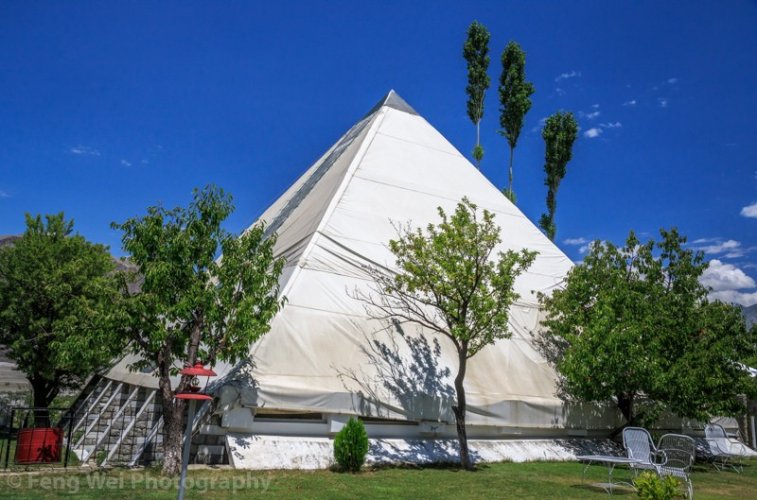 The museum was built by the Italian government on the 50th anniversary of the first successful climb on the K@ mountain by Italian climbers. The PTDC K2 motel nearby is also worth visiting due to its astonishing beauty. 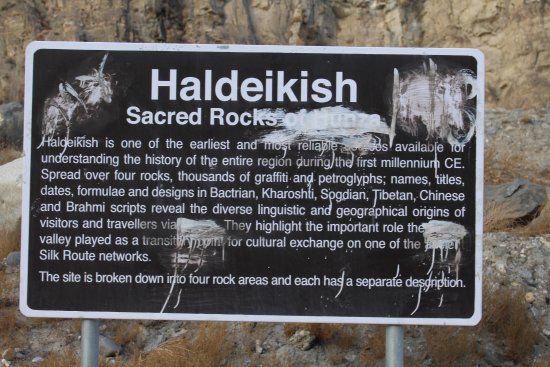 It is a cultural heritage site in Hunza in Gilgit Baltistan. The carvings on the rocks date back to 1st millennium AD. Several Buddhist shelter caves were also present on the site but they fell over time, however, efforts are being made by the Pakistani government to preserve the rocks’ carvings accurately over time.