After its War of Independence in the 1990s, Croatia, once again became one of the top tourist destinations of Europe. Croatia’s culture and history are old and diverse and like all of Europe’s countries, it has its fair share of historic cities and ruins but what makes it exceptional?

It is rich in stunning natural attractions such as the fascinating Adriatic coastlines, the Plitvice lakes and the beautiful islands. Here are the places you should visit to make your trip an unforgettable one:

10 Best Places to Visit in Croatia 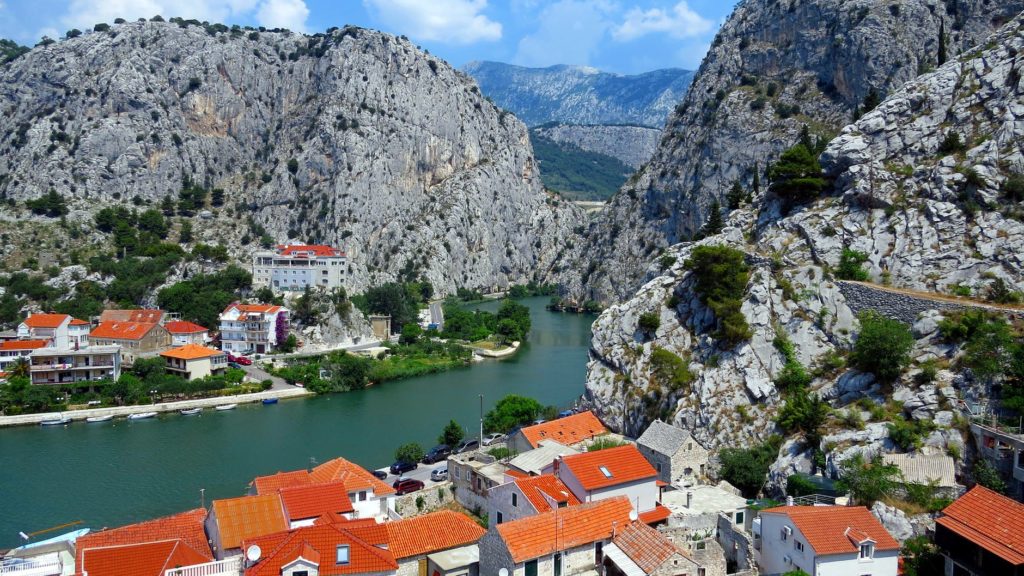 Situated at the southern tip of Croatia off the Adriatic Sea, the old city of Dubrovnik is one that is worth visiting. It was established in the 7th century and is nicknamed the ‘Pearl of the Atlantic.’

You can find lots of sightseeing treasures which include orange rooftops contrasting with the blue sky. Moreover, the historic district is filled with magnificent palaces and churches. While outside the Old Town, popular beaches like Banje and Lapad are present.

The gorgeous island, situated off the Dalmatian coast, Hvar, is one of the most popular places to visit in the Adriatic Sea and Croatia. Hvar Town, Hvar’s main city is very attractive, featuring marble stone streets and Gothic palaces.

The Town Square is huge, beautiful and surrounded by some historic buildings like the Cathedral of St. Stephen and the 17th century Arsenal. You can go hiking in the cliffs or swimming in the beaches and secluded cloves as Hvar offers all of it.

Made up of 16 lakes connected by dozens of flowing waterfalls, the Plitvice Natural Park is one of the most beautiful places to see in Croatia. The lakes are formed by natural travertine dams and are of different colors, ranging from turquoise to blue, green and gray.

The park does not only consist of lakes, but it also has a rich forest. To explore the Park, you can either walk along the assortment of wooden walkways or take a boat through the breathtaking lakes.

Split is situated on a peninsula off the Dalmatian coast and is the second-largest city of Croatia. It has a historic Goth and Renaissance architecture and the ancient Diocletian’s palace is also present there.

Moreover, the small city is full of buildings which contain cafes, shops, and bars. If you see outside historic places, there is the Bacvice beach and the lively Green Market.

An archipelago of 20 islands located on Croatia’s Istrian peninsula in the Adriatic Sea, Rovinj has its own narrow streets and fascinating architecture.

Many of history’s gems are located at the Old Town such as the 12th-century town clock, seven medieval city gates, and the imposing baroque church, St. Euphemia’s Basilica.

Zadar is a three-thousand-year-old city located on Croatia’s northern Dalmatian Coast. There are plenty of sightseeing attractions in the Old Town which is at the heart of the city. Apart from the Old Town, you can find a set of beautiful beaches along the coastline where you can swim or just relax.

Pula is popular amongst tourists for its wealth of Roman ruins and the mix of cultures. It is situated at the southern tip of the Istria peninsula and contains the amphitheater where gladiator fights were held in ancient times.

This park is popular for its many gushing waterfalls as well as its natural blue-green pools of clear water. It is a protected area as it consists of amazing natural scenery, wildlife, and historic sites. This is a great place for photos!

Zagreb is the capital and the largest city in Croatia. Both modern and historic attractions can be found here. It is a cosmopolitan city divided into two towns: Upper and Lower. The Upper Town has all the historic sites where tourists can visit old, medieval towers and churches.

The famous merchant traveler, Marco Polo was allegedly born here. It is a 30-mile island and consists of vineyards, forests, sandy beaches, olive groves, and some charming villages. The city’s main town is rich in Venetian Renaissance architecture.

If you are plan to make a trip to Croatia soon, here’s a warning: You will fall in love with it!