To visit culture, history, religion, traditions and most ancient part of the world then Yemen is a perfect country in Middle East. Yemen has unlimited surprises for every tourist and unusual places for exciting experience.

Here are some of the best places to visit in Yemen.

Best Places To Visit in Yemen 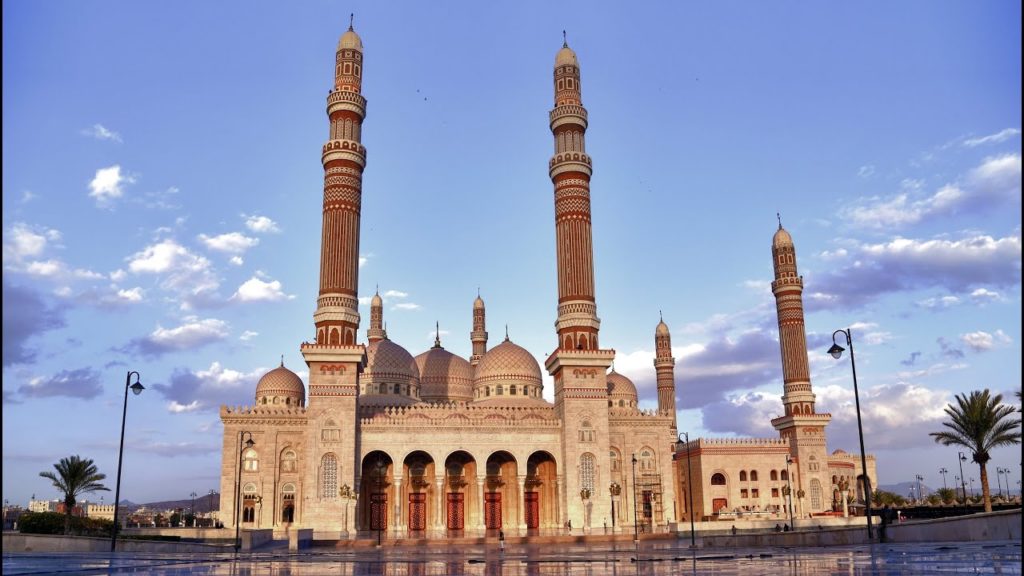 In Sana’a, Ghumdan Palace is an old palace and fortress and one of the oldest castle in the world. This place includes ancient remains and is a field of tangled ruins contrary the first and second of the eastern doors of Jami Mosque.

In the Indian Ocean, Socotra island is part of an archipelago. It is so secluded from the world that third of its plant life is explored nowhere in this planet. It is one of the unique places of the world having great importance, it is a popular tourists spot.

Al-Saleh Mosque lies on the south of Al Sabeen Maternal Hospital and is the largest one in Yemen. Having said that, the mosque can accommodate around 44000 people at one time and its construction costed $60 million when it was completed back in November 2008. With several domes, wooden roofs, intricate inscribing, a three-stories Quran college and whatnot, this is definitely a place to visit.

4# Socotra Island in Gulf of Aden

The Gulf of Aden (formerly: Gulf of Berbera) is a deep water gulf that separates the Horn of Africa from the Arabian Peninsula.

The Socotra island lies about 380 km south of Yemen in the Gulf. The peaceful environment of the island and the beauty of the rocky and sandy beaches are everything that you must see.

Archer Beach is just one of the beaches on Socotra island that stands out. It has the crustal clear waters of the Arabian Sea and the sand dunes are perfect for a walk.

The beach also carries several activities to engage you as a tourist, for instance, hiking, swimming, camping, photography and what not.

Another amazing destination on Socotra island is the spot for bottle trees. The place attracts all nature lovers. The trees grow on a rocky terrain and that is not even the most peculiar part. The strangest part, in fact, is the shape of these trees that resembles bottles. You should see it to believe it.

If there are sand dunes that you must see in Yemen, they are in Socotra island. These form the principal attraction of not just Socotra island but also Yemen. Brilliant blue skies and ever-changing dunes; it cannot get better.

Mukalla held immense value as a capital of the Hadhramaut governorate because of the seaport. It is located on South of the Arabian Peninsula and has a population of nearly 300,000.

The harbor is busy yet presents a beautiful environment that you must visit when you go to Yemen. You can observe both small fishing boats and large vessels at the harbor and find the best eateries and lodgings.

9# The old city of Sanaa

If there is an ancient town that looks like one, it is the old city of Sanaa. You cannot miss this 2000 year old city with its beautiful islamic architecture and scenic skyline. The city also has several attractions including about a hundred mosques.

The Baran temple is located about 1400m to the north west of Mahram Balquis and is a Sabaean Temple. The temple was dedicated to the Moon God called Almaqah. The temple was discovered by a German archeological mission.

Make sure to have Yemen on your list for next vacations to make your vacations like never before.