What is the Capital of Ecuador?

The Capital of Ecuador is Quito

Quito is the capital of Ecuador.

It was stated as the capital of Ecuador on March 5, 1541 and was previously called as the San Francisco de Quito.

The city of Quito carries the nickname “Light of America”. 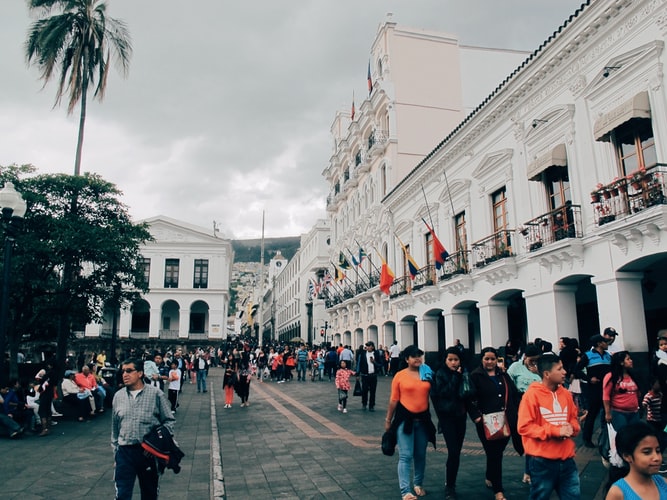 It is situated on the Northern Highlands of Ecuador in the Guayllabamba River basin at an elevation of 9,350 feet above the sea level.

The population size of Quito is estimated to be around 2 million inhabitants which makes it the second most populated city of the country.

The demographics of the capital city of Quito are as follows:

Roman Catholic is the most dominant religion followed by 74% of the total population of Quito. The second most practiced religion is Evangelical with 10.4% followers.

Some other notable religions practiced in this city include Buddhism, Judaism, Islam, Hinduism and some other traditional religions followed by indigenous residents.

Quito, declared as UNESCO World Heritage Site, is a major tourist attraction in Ecuador. Tourists can enjoy various museums such as Colonial art museum, city museum and many others.

One of the main attraction is that it is just 45 minutes from the line of equator and it also offers beautiful sceneries and spectacular views of the mountain.

What is the Capital of Colombia?